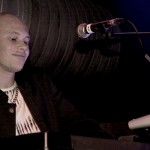 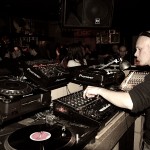 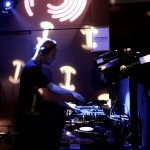 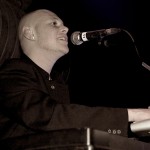 Andy started playing music at the age of 5 when he took to the piano and then the violin. These early musical years gave him a lasting passion for both playing and composition. As lead treble of the prestigious John Lyon Motet Choir, and a member of Hertfordshire County Sinfonia and County Youth orchestras, Andy had the exposure to both choral and orchestral roles as well as merely solo playing. These opportunities saw him performing both in the UK and in a number of European venues including The Mansion House, St Martins-In-the-Field and Köln Cathedral.

After completing a music degree at the University of York in 1997,which included courses in composition with acclaimed British composer Nicola Lefanu and World Music expert Neil Sorrell, Andy turned his attention to the world of Jazz. Much of his growth in this field can be attributed to the mentoring of international free-Jazz maestro Keith Tippett, whom he met whilst attending the Dartington International Summer School between 1999 and 2001.

With this heritage as a classically trained pianist and composer, Andy has been working in the dance music arena since the mid 1990’s. From an early love of Soul, Breaks and Acid House he has lovingly built a huge vinyl collection that has been the key to his DJing, production and remixing. It has seen him at the helm of respected D&B imprint Odysee with founding producer Tilla Kemal as well as co-director of both the Kwaito and Artizan Music labels. As a DJ he has played at a number of prestigious venues including The Ministry Of Sound, Turnmills, Neighbourhood, Cargo, Sunday Soulsonics (Notting Hill Arts Centre) and many others. 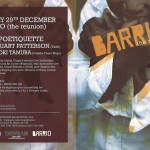 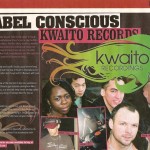 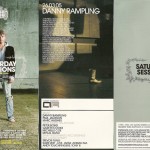 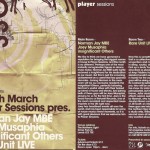 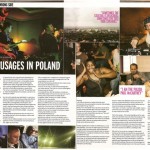 As Poetiquette (formerly Rare Unit), Andy wrote and produced several E.P.s and an L.P. alongside Hannah Khemoh (Reel People & Sunlight Square) and Jafar (Poussez/Artizan). His solo E.P. Touch Of Jazz was voted ‘tune of the month’ in IDJ magazine. As well as producing as an artist (Jafar & Touch), he has remixed the likes of Terry Farley (Faith), Ushi Classen (Black Science Orchestra), Rithma, Rich Medina and Demarkus Lewis (Grin Music).

Andy was part of the writing team for Danny Ramplings Learn How To Be A DJ book. He supplied all the chapters of mixing techniques and equipment. This has given him a taste for further projects including a book on dance music production.

As well as performing and writing, Andy is passionate about educating the up and coming generation. Over the past 15 years he has taught both privately and as a peripatetic tutor. He has pioneered close harmony vocal groups and written a wealth of arrangements for both these and the locally run big band S.T.A.J.E. (St Albans Jazz Ensemble) which he runs with local Jazz veteran Bob Power. He is part of the newly launched Pikal Music collective which offers courses on contemporary music into local educational centers.

Andy still has many musical goals and aspirations including writing for film and publishing educational resources on composition and music production.